The latest version of PawMac can be downloaded here.


Map
PawMac creates map files that can then be opened, viewed, and edited using the Trizbort application.

An example file from UnQuill can be downloaded here.

An example of the final map output file can be downloaded here.

Convert
PawMac can convert The Quill output into files that can be used by InPAWS to create a PAW or DAAD version of your adventure.

In order to convert a Quill file, PawMac needs an output file from UnQuill or drag and drop an .SNA snapshot file of your favourite adventure onto PawMac.

Because PAW takes up more memory than The Quill, adventures produced using The Quill - particularly those which also used The Patch or The Expander - can be too large to fit in PAW after conversion and fail with an error when InPaws tries to create a .TAP file. PawMac comes with a custom version of InPaws, InPaws128, which moves some of the message text into a seperate RAM page so the InPaws conversion will load successfully into a 128K version of PAW. InPaws128 is also used to convert Quill or PAW output to DAAD compatible DSF files.

You can play and edit a PawMac-converted copy of Part 1 of The Boggit running on PAW via QAOP here.
(Type QUIT in the game to return to the PAW menu.)


Part 1 of The Boggit running on The Quill, and then the PawMac conversion runnning on the 128k version of PAW: 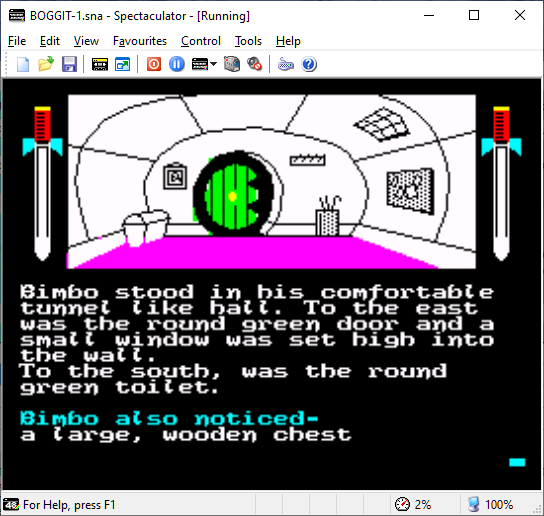 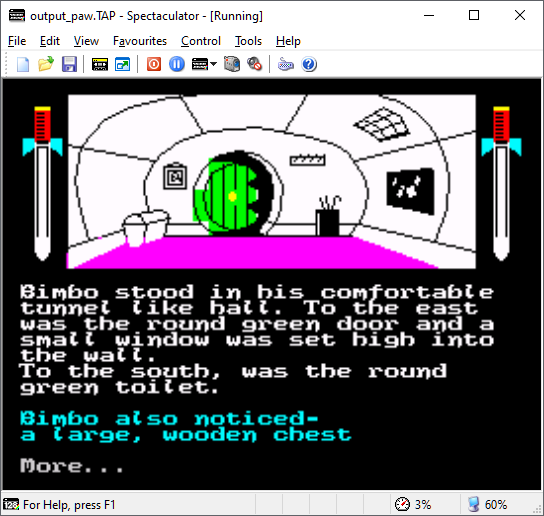